Tragic accident claimed the lives of 45 citizens in Bulgaria, expert Hodo reveals the mystery behind the fire that engulfed the bus 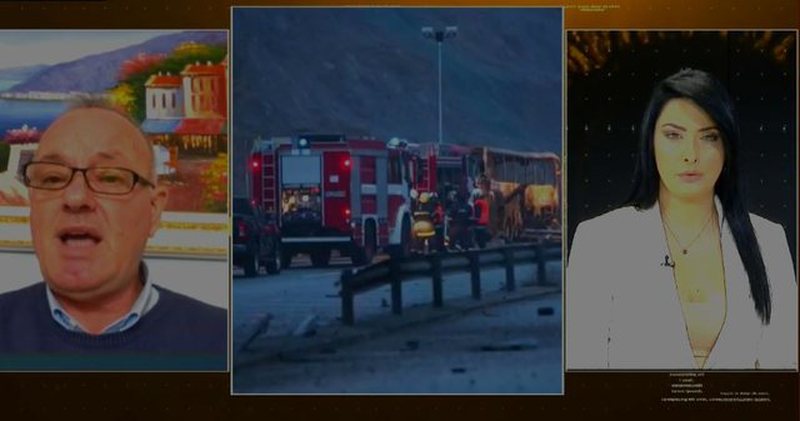 A tragic accident in Bulgaria took the lives of 45 Albanians from Northern Macedonia yesterday. The biggest surprise was the way the fire broke out on the bus where the 52 passengers were returning from Turkey.

Expert Mamir Hodo, analyzing the way in which this extremely serious accident happened, said for the show 'Breaking' that we can not say that what happened has to do with the fact that the driver was drowsy. After the bus had made a stop of about 30 minutes and that the driver had changed.

He points out that the accident may have occurred due to road signs, which were invisible and where there was no light, phosphorescence.

"In the carriage and pocket of the road, there is a metal partition of the standard type, in our view it was indistinguishable for the driver of the vehicle, there was no phosphorescent. Such a partition was made, unacceptable, for the installation of the road signaling system "The possibility is not ruled out that the driver of the vehicle did not see it, there is a possibility. The driver was 50 years old, equipped with a driving license for buses, so he had experience," said Hodo.

According to Hodos, the fires of the fall of the fire are explained by the fact that there was friction of the bus with the protective barriers. "The vehicle hit the right front part of the metal square, as part of the spark that occurred. According to the technology, the possibility has been created, because we are dealing with the creation of a temperature of 1000 degrees Celsius from the heat, sparks and temperatures and the possibility of gases have been created. "There was a possibility of an explosion and the vehicle caught fire there. I think the metal rubbing against the back caused a fire," Hodo said.