Tragic accident in Bulgaria, the owner of the company reacts 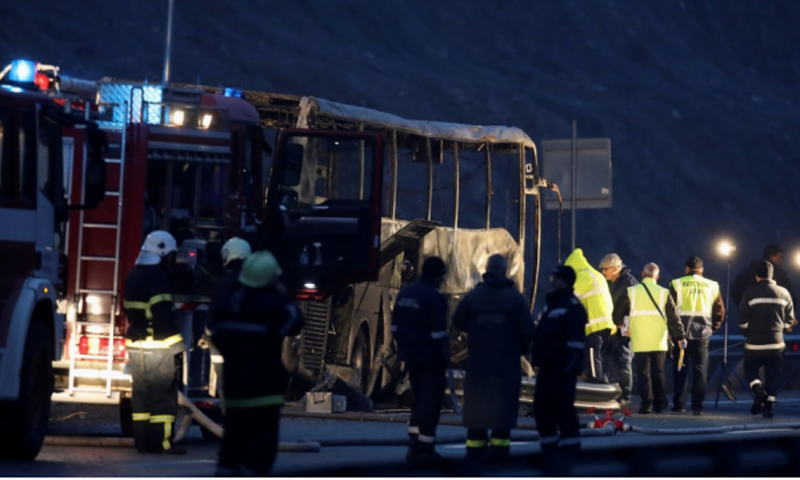 The first reaction came from the owner of the bus company, who was involved in the accident this morning in Bulgaria, where unfortunately 46 people died and 7 others were injured.

In his statement to the media, he said that he does not know what may have caused this tragedy, while emphasizing that he has been at the scene since 3 o'clock after midnight.

"I do not know how the case happened. "I have been at the scene since 3 am to receive information from Bulgarian institutions, but so far the causes are still unknown," he told the media.

We recall that the serious incident took place in the early hours of the morning when a bus of the company "Besa trans" from Skopje, with mostly Albanian passengers, rolled over and caught fire in Bulgaria.

In the accident 46 people lost their lives and 7 others were injured. Among the victims are 12 children.