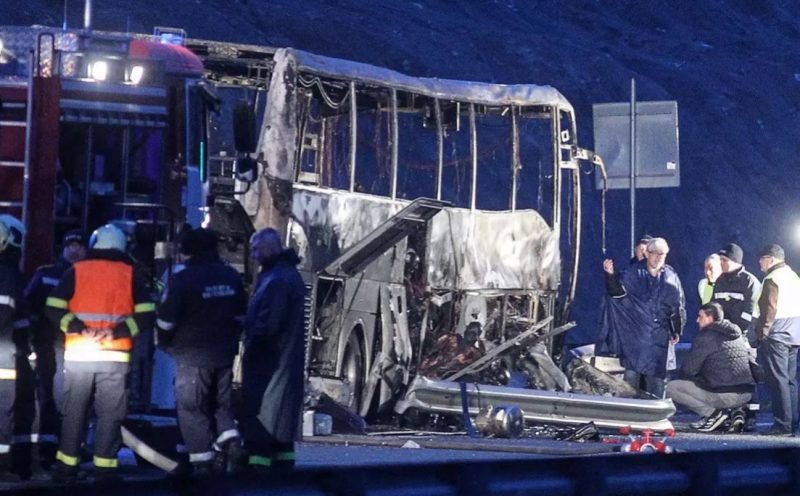 The driver of the bus has been found guilty of the accident that took place in Bulgaria. Bulgarian Deputy Prosecutor Borislav Sarafov told BGNES that the cause of the accident was the driver losing control of the bus. But also inappropriate speed.

"The cause of the accident is the driver losing control of the bus. But also the high and unsuitable speed, above the allowed norms. This is a human tragedy without precedent for the number of victims, but also without precedent, as the intensity of the work we have done. "The investigation has been carried out and it remains only for the authorities in Macedonia to be notified in court, but also the relatives of the victims have the right to get acquainted with the materials of the investigation", stressed Sarafov.

The accident happened in the early hours of November 23, 2021, when the bus of the "Besa Trans" agency, which was returning from Istanbul, hit a bench on the Struma highway, near the village of Bosnek, in which 45 people lost their lives, while seven others suffered bodily injuries. Among the victims were 12 children, while most were family members who had traveled to Istanbul, Turkey for a three-day visit.

Investigations into the case have also begun in northern Macedonia, as authorities have concluded that the crashed bus did not have a permit for international passenger transport. Two customs officers have been suspended after allowing the bus to cross the border without permission, the travel agency has had its work permit revoked and its driver may now face other measures following a report by the Bulgarian investigation into the cause of the accident.