Tragic accident, the 19-year-old lost his life/ The perpetrator cries out in tears on the street: Is he dead? I'd rather die too (Video) 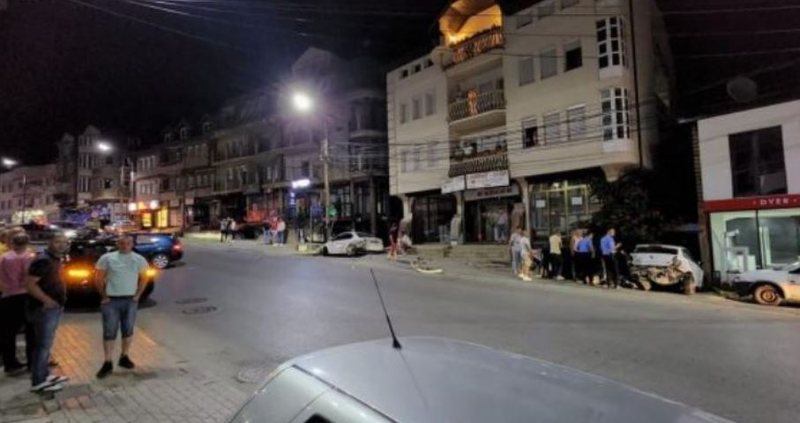 A tragic accident happened in Kosovo, where a 19-year-old man lost his life after being hit by a car in Pristina.

JS did not survive the injuries sustained by the car, which hit him while the victim was walking on the sidewalk with another citizen.

The accident, according to witnesses, happened due to the high speed of a car, which hit two cars parked on the sidewalk, which then hit the pedestrian to death.

The suspect for causing the accident, by order of the prosecutor, was sent to detention for 48 hours.

However, he was initially treated in the emergency department of KKUK, where he received treatment due to the traumatic shock that he suffered from the event.

The doctor who treated him, Krenare Makolli, said that the suspect was admitted in a serious mental condition and the police were advised that if his condition does not improve, he should be sent to a psychiatric hospital.

Residents of the neighborhood "Kodra e Trimave", shocked by the event, criticized the municipality for not marking the horizontal and vertical roads, which would prevent accidents. According to them, the speed limit in this area is 40 km/h, while drivers drive cars over 100 km/h, which is why, according to them, accidents here are frequent.