"He was not alone in the crime" / The images come from the moment when the house of Klodian Çalamani was set on fire, here is what the cameras fixed and the serious accusations made by the 8-year-old aunt (PHOTO)

In the show "With an open heart" were published the images from the moment when two young people approach the house of Klodian Çalamani, the sample that killed the 8-year-old child, and set it on fire.

His aunt spoke today on the show "With an open heart" expressing doubts, but she said that there is no fact and that the police should go to the end. According to her, the security camera footage of the two people who set fire to the house was not taken by the police.

"We put cameras on Thursday morning to see the movements. Klodian Çalamani was not alone in the crime. Throwing mud and accusing is very heavy. We do not have concrete facts, it is just a doubt. The competent bodies should deal with this. We as humans can allude and say many things, those who are experts go to this event and not be silent. There are two people who with something in hand, torches or cans go to the apartment and set it on fire. "The police did not take these pictures", said Mateo's aunt.

Placed amid suspicions that it was the family that set fire to the author's house to lose track of the crime, she further stated that the family does not know these persons and that it is very serious that such accusations have been made. 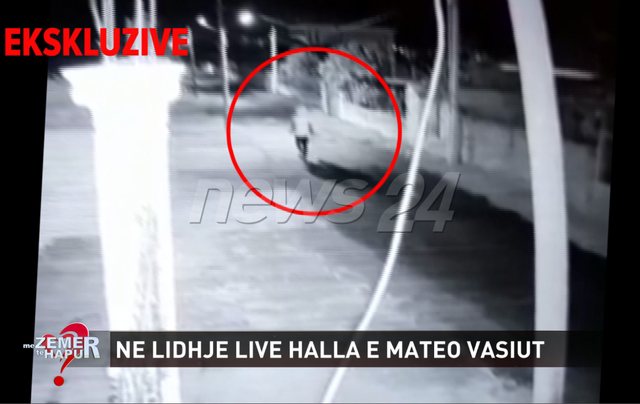 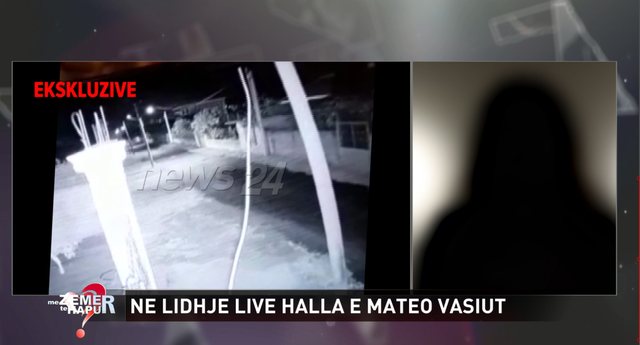 Details from the powerful explosion in Shkozet are revealed, two people are injured, the Police reacts

I got out of the car and fired at him, I saw a woman in the car ... / 'Killeri' Henrik Hoxhaj tells another sensational event, comes out after the assassination attempt on the "strongman" of Tropoja and dismantles the whole scene

"I brought him a spinach pie, cooked by my mother" / The last assassination, the testimony is revealed: How Nuredin Dumani realized that he was betrayed

Shocking EVIDENCE / Erion Alibej's message after killing his brother, Henrik Hoxhaj shows the scary details, shows the amount of 90 thousand euros for the elimination of this famous character: Here is how we did the "job" and where we hid the evidence

"His deceitful son should have been killed, but ...", the penitent of justice opens the 'bag', tells how the execution of the businessman in Tirana was attempted: Dumani asked me, it remains a mystery ...

"Killeri" reveals the serious details, shows how the elimination of the two Haxhiaj brothers in Durrës was planned: Duman was automatically blocked, I went out and ...

"He begged me not to kill him, but I shot him twice in the head", Henrik Hoxhaj tells how he carried out the sensational assassination in Durrës: Dumani prepared everything

Olti Curri returns to the screen, it is revealed where we will see him

Olti Curri, although very active on social networks, is slightly detached from t...

Angel Shkira ready for her first child, Dagz reveals publicly: I have had it for a long time…

Moderator Angel Shkira and Dj Dagz seem to be ready for the expectation of their...

What happened to Luana Vjollca? You will be shocked when you see it (Photo)

Moderator Luana Vjollca has made a very personal post on social networks, show...

What is the moderator preparing? Gentian Zenelaj reveals his big project: I want to make a gift for ...

Well-known actor, Gentian Zenelaj has spoken about the plans that are expected t...