The unexpected 'live' happens to the Barcelona coach, the conference is immediately interrupted 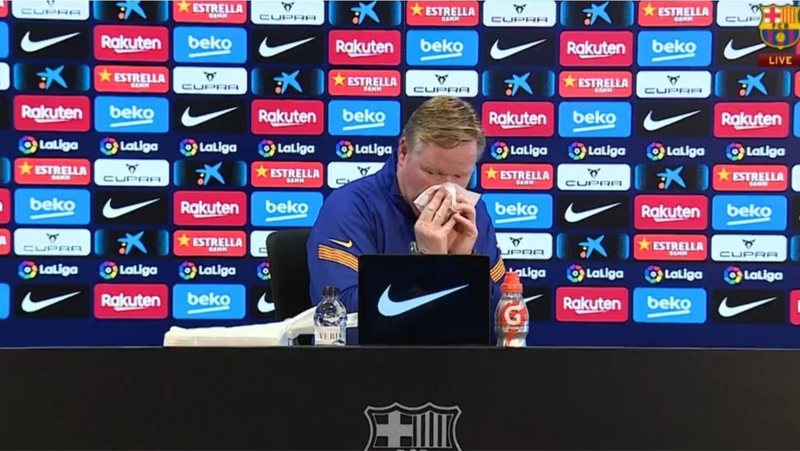 As if the disappointing results were not enough, now Barcelona is also worried about the health condition of its coach, Ronald Koeman.

The health condition of the Dutchman does not seem to be the best possible, and he showed this in today's press conference, which was interrupted due to a sudden bleeding from the nose of the 57-year-old.

The concern comes from the fact that it is not an episode, though unpleasant. Such an event at the press conference had happened to him on January 30 as well.

Koeman has undergone heart surgery, and it is thought that the medication he is taking in the rehabilitation phase also causes him such embarrassing moments.