"I was 10 years old when I lost my father", Erion Veliaj recounts his difficult beginnings and the politician who opened the door to become part of the SP: That story of figs is true! 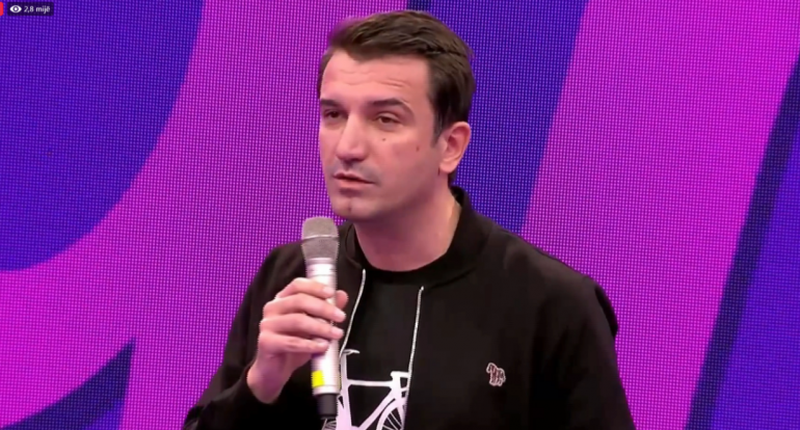 As the political leader of the Tirana region, Erion Veliaj has gone back in time showing how he joined the SP.

He said that he left his studies in America and decided to finish school and create the "Mjaft" movement in Albania. Veliaj said that it was Prime Minister Edi Rama who opened the door to the SP.

"I was born in Tirana, I was 10 years old when I realized that something was happening that same year I lost my father. The story of the figs is true. Each of us had to do something to survive. When you look at politics, you see something confusing. Pata ecejake. I was studying in the US. I also went to Kosovo. I went back to finish school. One question I asked myself is that; to stay here in America to be a washer that works so well, or in Albania to give you peace. I came to Albania, I started cursing the SP. Even today I have criticism, but I say it at home. I created "Enough". And I thought as long as we continue with the protests, it is better to unite for it in the deputy. Edi opened the door for me to join the PS. When you say to our party; the groom, the daughter, the brother-in-law, the people turn their heads. In other parties, when you say this, it is agreed on who. Understands how he makes a career in this party. I told you this to tell you that you do not ask who you are in our party. They made us together; one for all and all for one, ”said Veliaj.