Xhaka and Sadiku's big questions, the return of the verse has opened controversy 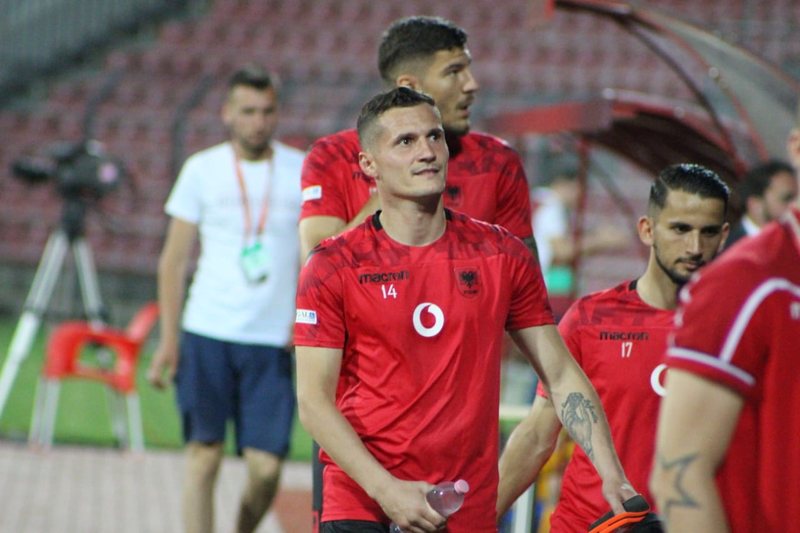 The national team played three matches at the end of March, within the qualifiers of the World Cup "Qatar-2022", as an integral part of Group I in the European area. In these three meetings, the representative did not perform well in the game, but thanks to the modest rivals she had in the calendar, Andorra and San Marino, she got 6 points, being to some extent within the objectives. But the National, as a group, has problems. These problems are not only in the organization, but also with the names of the guests in the gathering. Suspicions that there are preferential invitations will continue for a long time, but the names of the guests recently only added to the suspicion. Thus, Arlind Ajeti was invited to the defense, his return to the National Team, while other important players like Dermaku, Ndoji were missing (officially it is said that they have been injured, but the footballers are doing great things with their teams, as well as Florian Kamberi who came and went). These moves show that there is dissatisfaction in the ranks of the group. On the other hand, midfielder Taulant Xhaka has not been invited to the team for a long time, surely the cycle of the National Team is closed for him, although he himself has never declared his retirement. The fact that Xhaka is not invited seems to have something to do with his harsh behavior towards the staff on an ongoing basis. Another element that was left out of the last gathering was striker Armando Sadiku. Elbasan claims that he is in good shape and plays regularly with FC Bolivar in Bolivia, but the transition to the championship of this country has apparently ruined the work of the striker for the National Team. In these circumstances, clashes will not be absent even in the future, while the June friendlies are eagerly awaited to see how coach Reja will react to players who are unhappy. Problems are expected to surface in the coming months.

Duka: Reja is not discussed as an expert, Gjimshiti as an adult

The President of the Albanian Football Federation, Armand Duka, was last night invited to the show Skaner, where among many topics, he also spoke about the national team. Duka emphasizes that coach Edi Reja is an expert and this can not be denied, adding that he has not seen a player grow as much as Berat Gjimshiti has done in recent years. "I have not seen for example a player who grows more than Berat Gjimshiti at Atalanta who plays in the Champions League or Hysaj, Uzuni, Strakosha. Reja is an expert and we can not deny this. He has done his job to make the players a group. Albania once had midfielders and did not have many defenders. "Now we have defenders, probably from the best in Europe, and we do not have many midfielders", said Duka.

Ismajli enthusiastic about the National Team: We are a team that brings unity

Ardian Ismajli has become an important element for Specian in Serie A, as positive performances have often provided the formation. Recently, the national team defender has emphasized that there were many offers in his direction when he was part of Hajduk Split, but the Specia project attracted him more. Meanwhile, Ismajli says that the national team represents all divided Albanians. "After many seasons in Split I received several offers, but the project at Spezia convinced me more. "I have chosen the best for my growth", he underlined. He then spoke about the red and black representative, calling it a union of Albanians in the region. "This team represents all Albanians who were divided into 6 countries of the former Yugoslavia after the war, while the small state (Kosovo) represents only itself. Playing for Albania is a privilege, but I also follow Kosovo with passion, which has made me grow in professional football ", further emphasized Ismaili. In the end he talks about the Albanian players who play in the Italian Serie A and the relations with them. "The performance of Albanian players in Italy has increased a lot and I have more connections with Berisha at Spal, Hysaj from Napoli, Kumbulla from Rome and Gjimshiti from Atalanta", concluded Ismajli.