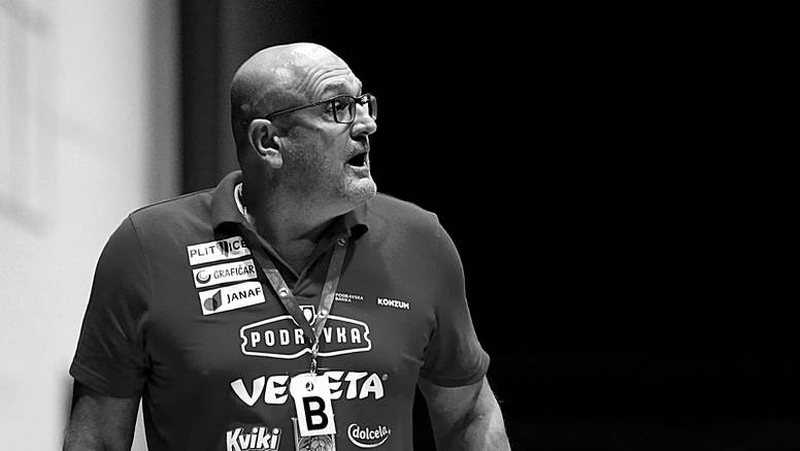 The handball coach for the Podravka women's team, Zlatko Saraçevi ka, passed away immediately after the victory in the derby against Lokomotiva Zagreb with a result of 32:29, but which turned out to be fatal for the well-known coach.

This news was published by the Croatian media "24sata.hr" which states that Saraçevi dha gave a statement to the media, and on the way home he fell ill and was rushed to hospital by ambulance and it is said that cardiac arrest was the main reason. which led to the death of the well-known 60-year-old coach.

Kamza Basket spectacular start in the basketball championship, defeats Apollonia and appears as the main contender for the Super League

Keidi Bare shows Albania to the Spanish fans: There they are very connected with the National Team

Teuta and Kukësi equalize, one point disappoints Josa and Martin

The unexpected 'live' happens to the Barcelona coach, the conference is immediately interrupted

"It is the end of a tragic story" / Accused of sexual harassment, former well-known coach commits suicide, prosecutor reacts

Bregu sees Teuta for the title, Josa curbs the euphoria of Kukës

New to Napoli is an option, but Duke is waiting for the "way" to the coach of the National Team

SERIOUS / The father of the famous goalkeeper is found dead in a lake. Strong details are revealed

City do the "task" against Gladbach, Atalanta with 10 people loses to Real in the last minutes

Cup draw is made, Olsi Rama: It is no secret, Partizan wants both trophies