To ignore the Constitution, since its "Preamble"! 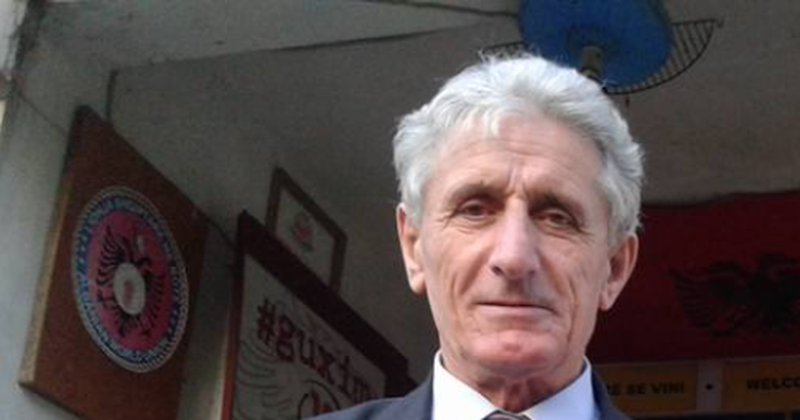 Surely, any "qualified" reader, or politician converted from a nationalist to a globalist, in addition to theorizing about modern times, will mention to me the impossibility of realizing the National Union before joining the EU, even if it is part of this union, such as the unification of a state of Kosovo with Albania. This difficulty is known and at the moment may prove insurmountable. But we have another opportunity, which would lay a solid foundation for the success of the union when we integrate into the EU. This possibility is: Before we formally integrate into the EU, let us integrate among ourselves. Our nation has lived for centuries divided in many countries and although it has fanatically preserved its language, traditions and settlements in its native lands, in many areas of life it has also created differences. These differences must be eliminated before we go to the EU. We know from history that the League of Prizren was suppressed with violence and blood by the warriors of the Balkans and Europe, at the moment when the "sick of the Bosphorus" was dying. Also, the Declaration of Independence, but still unconsolidated in 1912, after a year was halved in the territory, precisely from Europe, where we seek to enter "to realize our national unity"! Based on these lessons of history, why not realize the "League of Prizren", before this "Bosphorus disease" approaches the EU ?! From 1999 until today, for about 22 years, time has worked for us Albanians, but we have not known how to administer it properly. The responsibility here lies with the politicians and rulers, who have run our affairs. The power given to them by the people, they did not use it for the interests of the people, but for their own interests. We are not accusing them of not bringing paradise, but many things of integration between Albanians, especially between Albania and Kosovo, would have reached the highest parameters and the possible referendum for national unification would be very close to 100 percent. But this did not happen and is not happening. Even, ironically, when the Albanians of Kosovo and Albania thought that after the "trout" of the Serbs, to remove the one of the EULEX in the Morini Customs, the statesmen of Albania, set up there the "tax beam" for the National Road. The statement of Taulant Ballës, that the issue of National Unity will be resolved after we enter the EU and the deduction of Pandeli Majko, that National Unity is an idea of ??the last century, do not surprise us. No wonder, for both Taulant and Pandelius have once again manifested perversions on our fundamental issues. Not far from 2016, at the meeting of the National Assembly of the Socialist Party, in reply to Ben Blushi, who was preparing to leave the party in question, they declared without flinching, that "Between Albania and the Socialist Party, we choose the party"! Although the characters of my article are two important figures of the SP, no one can blame them and their party comrades for the impossibility of uniting Kosovo with Albania. They do not blame them, because they and all our current politicians of all colors, have neither the hips nor the ass to realize national unification, without the permission of the Euro-Atlantic "uncles". The time of such men as that of Enver Hoxha has temporarily passed. We are currently living in the time of castrated men, or to put it mildly, men. However, one thing they should know: If they do not have husbands to appear before the enemy and the elder, at least to spare the words and statements that go in their favor and to the detriment of the homeland.

I will close the article with an episode from the movie "Oshtimë në bregdet" (Fisherman's Family): The character of the movie, Jonus Bruga, is offended by the behavior of his eldest son, Selimi, at a moment when the latter was arguing with he stops his brother for LANÇ issues and addresses him (to Selim): “You do not love anyone but yourself ... Listen to me, do not love me, not even this cuckoo ), which dawned until he raised you. Not even your mother o haram ... But love Albania! Do you hear ?! Love it! "There is no other way for you to live with honor." This call is not only for "Selimët", but for all his Albanian brothers! Be they simple or politicians and rulers!

Our politicians equate themselves with the Messiah and Albania

Dignity, dignity is demanded by the people from politics

Even the catapult of professionals is an imitation of political recycling!

From promises to commitments in the middle of a...

The baby "Diaspora votes" will be saved!