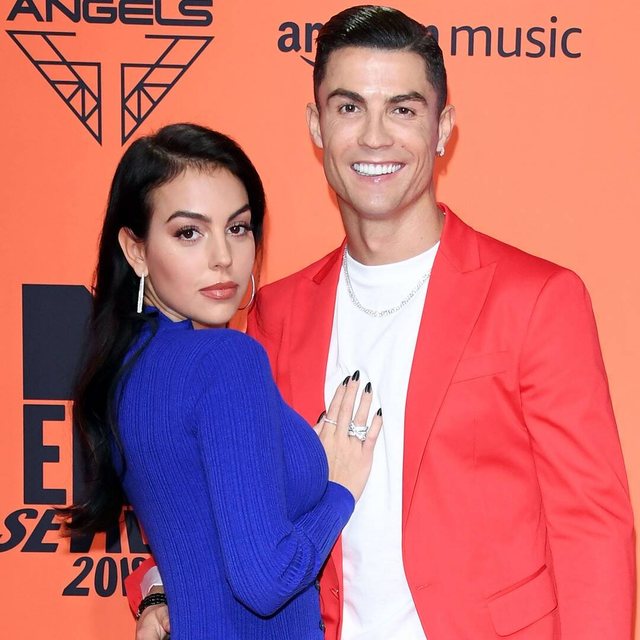 CR7 partner, Georgina Rodriguez, is extremely active on social media. She often posts photos and videos, where she highlights her perfect body photos.

Recently, the beauty has been commented for a long time in the pink media after she published a video on InstaStory where she appears nude.

In this video, the model is seen lying down and has covered only the front part with a bag of the well-known brand "Gucci".

Recall that Georgina is originally from the city of Jaca, in northeastern Spain. She had worked in her hometown as a waitress before settling into a family in Bristol, England, as a babysitter.

Before meeting Ronaldo, she worked as a saleswoman in a Gucci store in Madrid. According to rumors, Cristiano had seen the beauty for the first time in the VIP area of ??a Dolce & Gabbana event in Madrid, although it is not known exactly how the relationship between them started.

"Mother for the third time", the Albanian blogger shares the sweet news

Kim Kardashian comes out naked, the photo is making the rounds of the world

"Where do I have my Albanians?" / Mahnit Klaudia Pepa with the performance, takes the dance of Tropoja in Italy, the ballerina puppy dances to the rhythms of the song (VIDEO is making the rounds of the network)

Surprises Juli of Matching, tells experiences with women before entering the show: I never asked a girl to go out for coffee for this reason

Juli of "Përputhen" during a conversation "Live From Tirana" on Top Albania...

Degrades the quarrel badly / The competitors of "Për'puthen" are beaten with fists, the decision is made for one of them

In recent days, new entries have continued in "Për'puthen", the new competi...

Shocking / The young man shoots his pregnant girlfriend to death: The child is not yours! The strong testimony of the young man is revealed

A tragic event took place in the United States, where a young man took the ext...

Prince Harry confesses like never before, shows his great pledge: What I could not do in London, though ...

In a rare interview on The Late Night Show, Prince Harry has given a rare glimps...

Scandals break out in "It's My Love", Albanian journalist gets video in bed with competitor (PHOTO)

The journalist from Kosovo, Kreshnik Husaj known as Kika, after the scandal with...

Are they pretending? Saimiri is enjoying life abroad as a couple and puts the stamp on the relationship with the model, shows what Mary is to her: Love ...

After the end of the show, the two young men, Meri Murri, the model girl from ...