The adventure in 'Love Story' ends, here is the girl who stole Saimir's heart 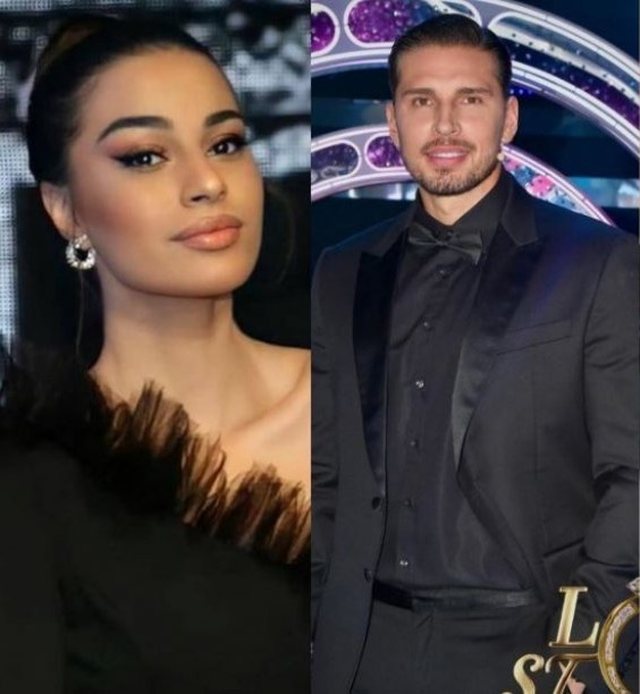 It was the chosen Mary of Saimir, the protagonist of this romance, who had several romantic meetings with the 33-year-old, where there were words of love and passionate kisses.

The formula of the roses ceremony was different this time, as the girls were in separate rooms and did not know what was going on on stage. They were called one by one by the production to make Saimir's decision about them.

"Finally we are here, I do not know if you had thought at the beginning that we would be together today in the final. But from the first moment I saw you I had more than one consent to you. We had the most beautiful meetings together, the first meeting I cooked for you. The Christmas meeting we made the tree together. You were the only girl who made me make pie. And this last meeting in Rome was for me the most beautiful meeting in Love Story.

However I had moments that I thought maybe we both have different demands from life. You will continue modeling and I think to create a family. You see living in Albania and I in Germany. Of course you ask yourself why I am saying these words and the answer is that you are my choice ", said Saimiri.

Generda, meanwhile, failed to win Saimir 100%. They had their last meeting in Istanbul, quite romantic and full of feeling. But apparently, Saimir's feeling has been stronger for Merin, the beauty from Elbasan, who managed to date a partner from Love Story.

"Meghan Markle was harassing us ...", the BOMB statement of the two employees of the English royal palace is published

After the guest screams "pulling out her claws" live and asks Bieta Sulos to lie down, she makes the unusual story of her life: I saw their picture kissing and I could not breathe, I immediately called my mother and ...

"Raise your bottom and open your legs" / Bieta remains speechless on the Top Channel show, the daughter of the famous Albanian businessman screams live in the studio (VIDEO that is 'breaking' the network)

The well-known Albanian moderator is arrested, his first reaction comes after the sensational news and he reveals what happened (PHOTO)

Tea talks openly about the relationship in the couple, tells what he quarrels with Beart the most: He does not listen to me, he is very ...

"Are you angry with Rinian?" Ana speaks for the first time after leaving the show, surprises with the reaction: It did not turn out that way ...

They exchanged kisses on the lips and caresses, but Jasmina is surprised by the statement after undressing Andi in the meeting: I am not alone…

A meeting to be clarified, but between Jasmina and Andit there were romantic m...

Meeting Jasmine, Match competitor surprises with the decision: To do what to do! I am now just for you ...

Andy in the meeting with Jasmina after the debates they had about his meeting wi...

Irma Libohova shows behind the scenes, tells the story of Agim Krajka's battle with the virus: I intervened to give it due importance in the hospital! There were days with a temperature of 39 and ...

Well-known singer Irma Libohova has spoken about the painful loss of composer Ag...

Occurs tonight for the first time, the Sanremo festival, breaks the tradition after 70 years

Tonight is the first night of the 71st Sanremo festival, the biggest music eve...

Rudina Dembacaj is enjoying to the maximum the connection with Mark Frroku, wi...

Xhensila Pere quarrel with the well-known Albanian journalist: If the show was not broadcast, he would end up in court

Xhensila Pere and Ronaldo Sharka have continued the quarrel on social networks, ...