"Today we mark a really gloomy and sad moment" / Biden addresses the nation with strong prayers: We can not accept such a savage fate, we must definitely ... 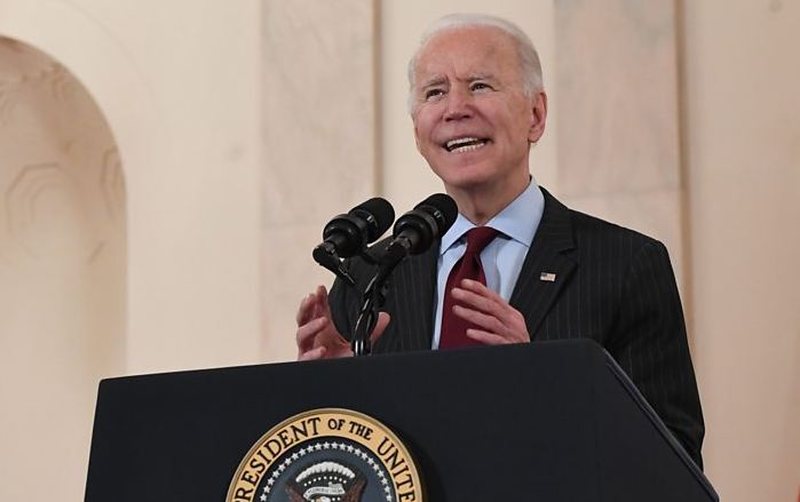 In the United States the number of infected and those who have not won the battle continues to be high. As the United States has claimed more than 500,000 lives as a result of Covid, President Joe Biden has addressed the nation, saying: "As a country, we cannot accept such a brutal fate. "Even though we have been fighting this pandemic for so long, we must resist and not become insensitive to sadness," Biden said.

"We, as a nation, need to remember them in order to begin to heal, to unite and to find the goal as a single place to defeat this pandemic," he said.

The president and vice president, and their spouses, observed a minute of silence outside the White House.

"Today marks a truly grim, sad moment - 500,071 dead. "There are more Americans who have died within a year in this pandemic than in World War I, World War II and the Vietnam War combined," said President Biden in an emotional speech at the White House.

Biden has ordered all flags on federal property and military facilities to be lowered to half-mast for the next five days, White House spokeswoman Jens Psaki said.

AstraZeneca vaccine doubts about efficacy? The head of Immunology in Germany breaks the silence and discovers the truth