Shameless self-promotion for Ballistic Products and a great bargain on a neat little knife for you. 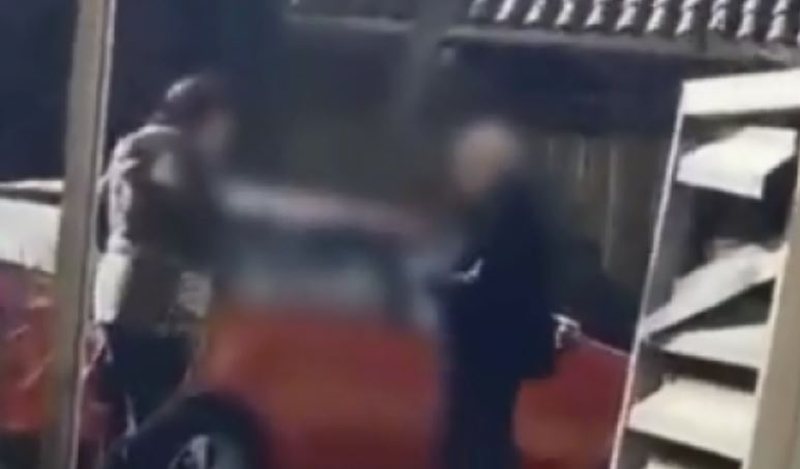 Scenes where a woman is harassed on the street by a sex maniac are making the rounds of the network.

It is thought that the event took place on "Don Bosko" street in Tirana.

An elderly man has been filmed by several citizens as he climbs on a woman, despite her calls for him to leave.

The lady yelled at them in the middle of the road to leave, but he continued to chase them from behind.

"Go away, maniac, look at your work", the woman is heard saying in the video.

Arrests break out in Tirana, 10 people fall into the hands of the police

Execution of the son of a former police officer in Vlora, here is what was found on the victim at the scene

The assassination that shook Vlora, a well-known victim in the world of crime, the son of a former police officer

"The sound of mice is heard between the boards", the mother of 5 children tells with tears in her eyes the sad story of her life

Tritol to the businessman in Kamza, the suspect Enver Jakimi reacts and shows how the truth stands: I am not the person wanted, the relatives informed me, they told me that the name and the photo are circulating in the Albanian media

Update / Health authorities publish the latest data, here are how many new cases were recorded today

Assassination with a firearm in Vlora, the police identify the 31-year-old who was killed (NAME + DETAILS)

Assassinations in Vlora / A person is killed with a firearm, the perpetrator is arrested immediately

Assassinations with firearms against a citizen in Vlora, his body is lying in the middle of the street, citizens in panic (Severe views from the scene)

The weapon jumps in Vlora, there are injured

Will we have tougher measures? Deputy Minister Rakacolli reveals the decision of the Technical Committee and clarifies her statement to the urbanites that caused a stir: It is a delicate situation!