"Here are two ways to fight the virus" / Death of 18-year-old and 32-year-old from Covid, the well-known epidemiologist reacts and shows the aggravated situation: Today we are with tens of thousands of young people who are getting infected, among them fatal cases 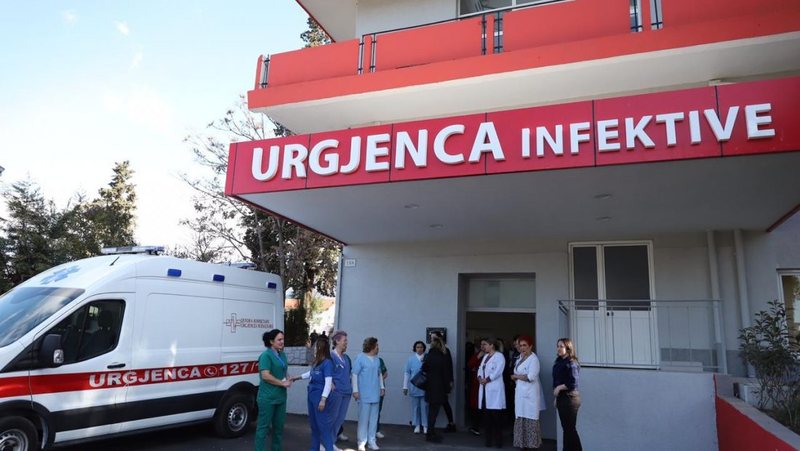 The situation that our country is going through remains serious and worrying even for Public Health experts. The number of infected and lost lives continues to remain in high numbers.

An 18-year-old and a 32-year-old were reported dead yesterday. Epidemiologist Fabian Cenko also reacted to these serious events.

In an interview with Fax News, he called the situation of Covid 19 in our country worrying, and said that citizens would be good to circulate only to meet their vital needs.

During the interview Cenko said that there are two ways to fight Covid, the first are restrictive measures, and the second is the vaccine, which is not entirely in the hands of states, as the demand is much greater than the supply of companies.

The increase in cases continuously, accompanied by the increase in hospitalized cases indicates that the virus is in free fall. The way citizens act today is far from what is dictated by restrictive measures.

The vaccine is not in our hands, to have such quantities as to limit the distribution, obviously if ways were found through restriction, tightening of measures, especially for non-essential services, we would have a much lower number of cases.

The first category that should definitely be vaccinated should be doctors because they constantly face infected people, while behind them should be risk groups, which can be people over 75 or 80, depending on the policies that "states follow," said Cenko.

The epidemiologist further dwelled on the death of the 18-year-old yesterday at Covid 2 hospital, where he said that we lack data on whether there are other young people hospitalized.

"First of all, the first scenario that from an epidemiological point of view I would like to justify, is that after 10 months, or 5 months where the spread of the disease is massive in the population, the number of children who become infected is increasing greatly.

Today we are with tens of thousands of young people who are becoming infected, and among them there may be fatal cases. It may be that we do not know to what extent at a young age this infection is spread, we know an unfortunate case of loss of life, but we have no other data, how many young people may be hospitalized in hospitals. We lack these data in the information provided by the Ministry of Health ", said Cenko.

21 lives lost in the last 24 hours by coronavirus, the Ministry of Health gives the details

How rarely, 'Doctor Bardhyl' tells the beautiful love story with his wife: We met on cousin's prom night!

After the video while cooking, Luzlim Basha's wife 'hits' again, takes out a different photo of the leader of the Democrats and has a message

Triple accident on the Vlora-Levan highway, there are injured, the police leave urgently at the scene

"Grida Duma told me that you had cried for her" / Minister Spiropali sees a cup at the fortune teller on the show, reveals the prediction for the elections: Do not tell the man that I am being assassinated! (VIDEO)

Sad / They were in intubation for several days, four patients from COVID-19 lost their lives in Shkodra hospital

Weather forecast for next week, find out when the rains start and the temperatures will change

Shocking / I was climbing the mountain with my friends, the young Albanian tragically lost his life (DETAILS)

Tragic accident in Durrës, 16-year-old loses his life (Details from the police)