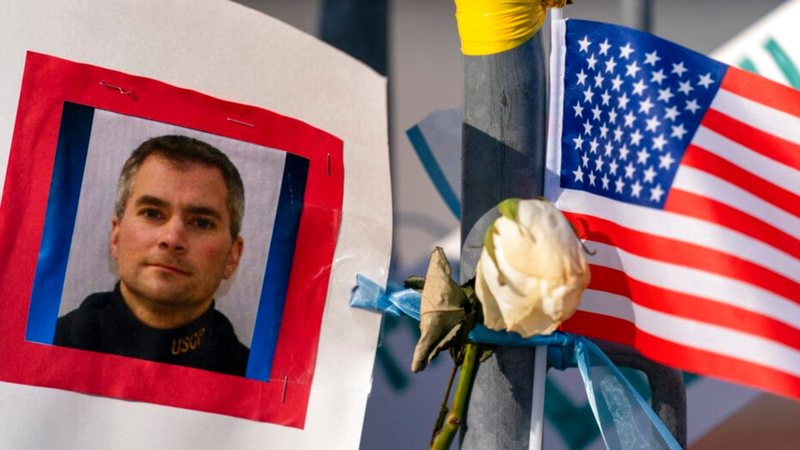 The FBI says it is close to identifying the person suspected of the death of a Capitol police officer during the Jan. 6 violent attack on U.S. Congress headquarters by supporters of former President Donald Trump. The announcement was made on Friday by the New York Times.

Sicknick, 42, was part of a small police contingent in the face of a violent mob that stormed the Capitol in an attempt to prevent Democrat Joe Biden from winning the November 3 election.

These acts led to the indictment of inciting violence against former President Trump in the House of Representatives, but the Senate acquitted him of the charges after he was removed from office.

According to the New York Times, FBI agents began to suspect that the policeman's death may have been related to the chemical used in the sprayer to drive away the bears. Many protesters had such sprinklers or chili peppers.

According to one of the law enforcement officers quoted in the New York Times article, in the video the person suspected of attacking the victim Sicknick is heard saying he would use the chemical sprayer against the police.

The forensic doctor has not yet issued a report on the cause of death of the police officer as the results of the toxicological tests are awaited, the Capitol police said in a statement.

Over 100 police officers were injured during the attack and five people were left dead.

Although officials have now focused the investigation on a single suspect, they have not yet identified the named person, the newspaper reports.

The Department of Justice and the FBI did not respond to a request for comment from the New York Times.

More than 200 people have been arrested for their role in the Capitol attack, many of them linked to far-right organizations such as the Oath Keepers and the Proud Boys, noting the far-right concern. ./voa