"Grida Duma told me that you had cried for her" / Minister Spiropali sees a cup at the fortune teller on the show, reveals the prediction for the elections: Do not tell the man that I am being assassinated! (VIDEO) 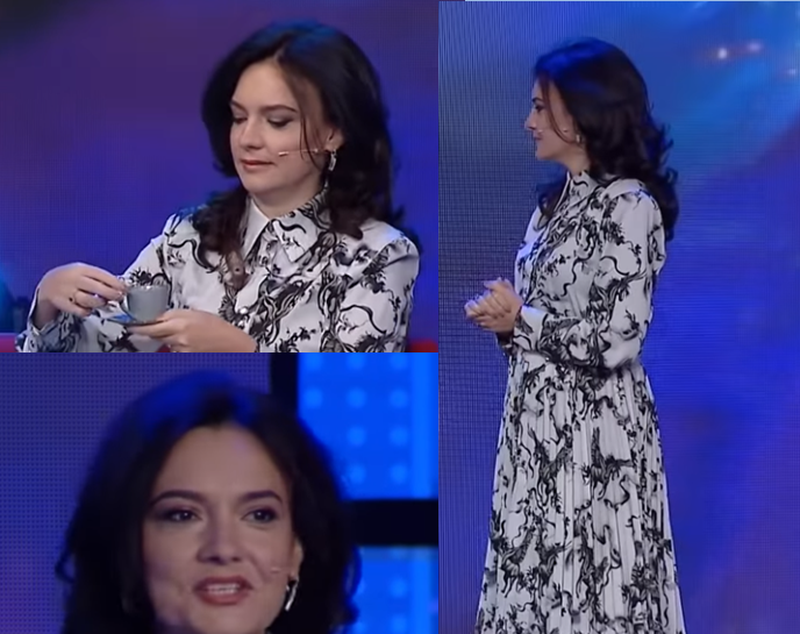 Last night, the Minister for Parliamentary Relations, Elisa Spiropali, was invited to the show 'Klanifornia'. Spiropali also became part of a humorous sketch, where actress Delinda Disha, who played the role of Lushi, also saw the cup.

According to Lushi, after the elections, a white paper would be signed which would lead the minister to a higher position. Spiropali took all of Lushi's statements with humor and even in part said that Grida Duma had told him that 'Lushi had cried for his cup'.

Spiropali: Where there is life there are worries, but you will tell us something about this false world. That they told me very well about you. Grida told me she had cried that reading. With great optimism yes she was okay, kept working after you.

We need to come and have a coffee, to take a seat, because not only surveys on screens but where there is a more accurate survey of you, because they say everyone will come to you. Yes, everyone passes from the left. I'm holding my head straight so they do not say he was looking her in the eye.

See if there is any government news?

Lushi: You have the cup for marshal, you have it clean. On the 25th, after 3 days I do not know how to sign a white sheet with V. See the chair upstairs that you have.

Spiropali: I do not care that I am happy, I am worried that the other person will faint. Shof and F, victory.

Spiropali: Happy mouth, do not tell others that they are assassinating us. I was told that you had given them some, and since then they have not recovered.

Spiropali: You have completely tied his tongue, he is completely confused.

Lushi: His tongue will come after 25 because he will accept the loss. Here is how to look after your health. After the third term, you get me pregnant.

Spiropali: Yes, I have two. And they are prosperous. My Lushi, did you see my campaign?

Lushi: You are for marshallah, you have learned those movements.

Spiropali: No my I got there was completely spontaneous.